Another morning with great color over the Rincons at 6:00 am MST. 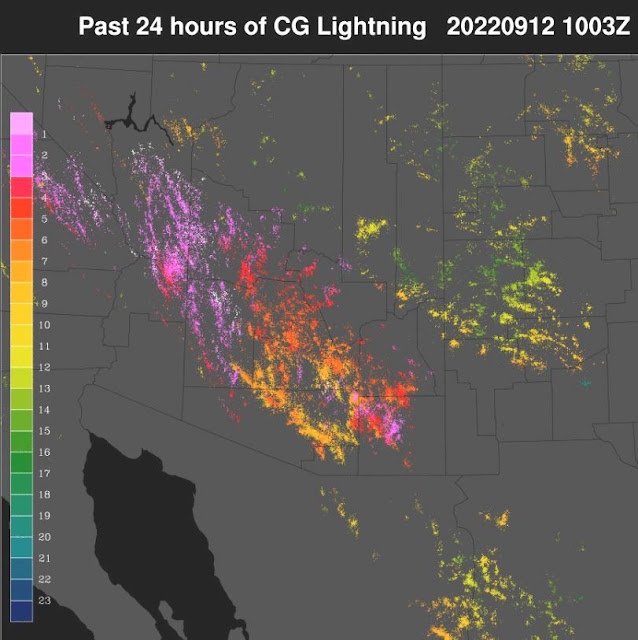 Plot of detected CG flashes (above for 24-hours ending at 3:00 am this morning – from Atmo and Vaisala) shows widespread thunderstorm activity across Pima County. Even though there is a bit of a donut hole over Tucson, most of the area did have thunderstorms. There was rumbling thunder here around 7:00 pm, but just a sprinkle of rain. 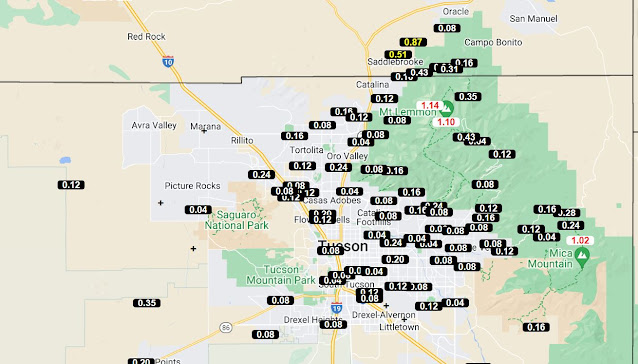 The ALERT network had nearly 100 percent area coverage of amounts of 0.04″ and greater. Two sites in southwest part of network reported over two inches of rain. There were also two reports of 1 inch hail near Green Valley. Here at the house we had 0.09″ of rain that fell a bit before midnight. 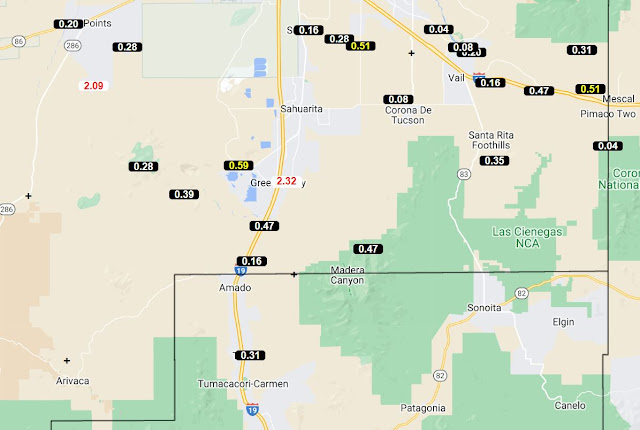 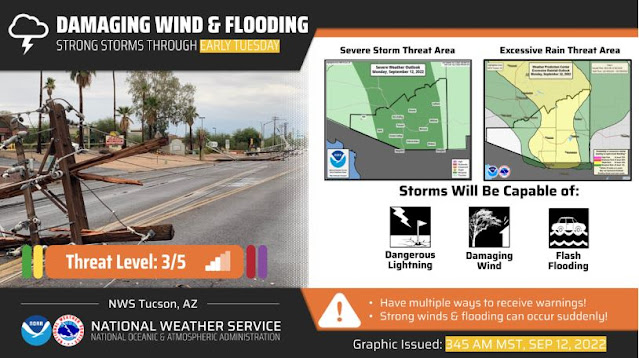 The NWS has issued the outlook graphic above for today, with the forecast including both severe thunderstorms and the possibility of flash flooding. 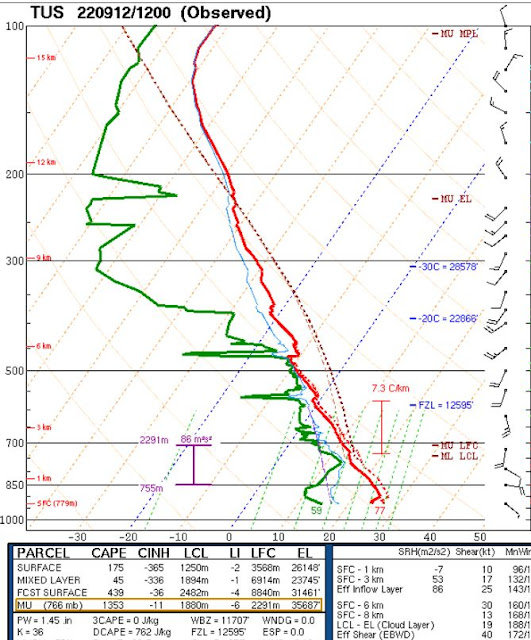 The TWC/TUS sounding (above) has significant potential CAPE; however, there is considerable dry air in the residual BL. Key question for today will be whether there is enough heating to produce a deep BL. After a widespread precipitation event, as per yesterday, it is usually a suppressed day because of the wet ground. It is clear across much of Arizona, so this will be something to watch.

The 12 UTC WRF-RR develops thunderstorms over the metro area this afternoon. Below is that model’s rainfall forecast through midnight tonight, indicating a repeat event over much of the city. The 0.09″ here was barely enough to dampen the ground, and considerably more rain today would benefit the plants and shrubs. 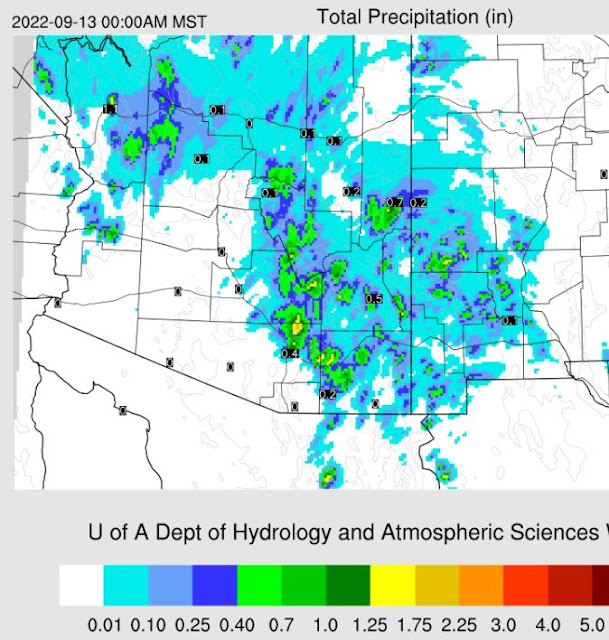