View of the Catalinas at 6:00 am MST this morning. The plot of detected CG flashes (from Atmo and Vaisala) below is for the 24-hours ending at 0103 am this morning shows that yesterday was a very active day for all but far southwest Arizona and a swath from northern Pima County northward across eastern Maricopa County. 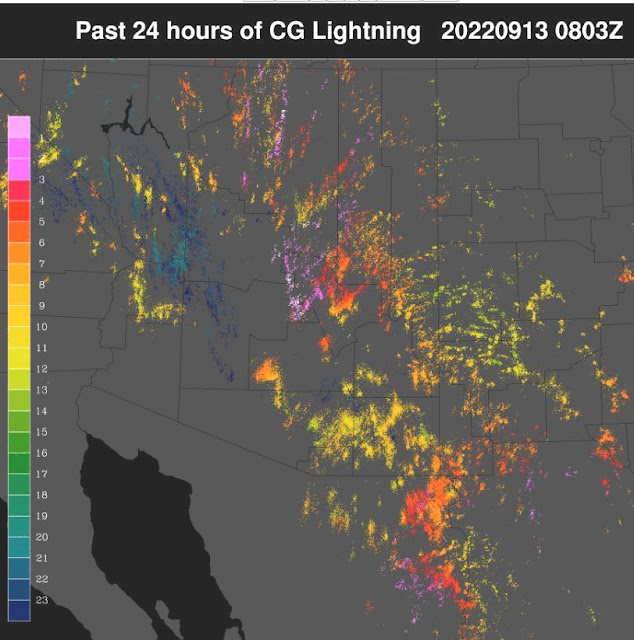 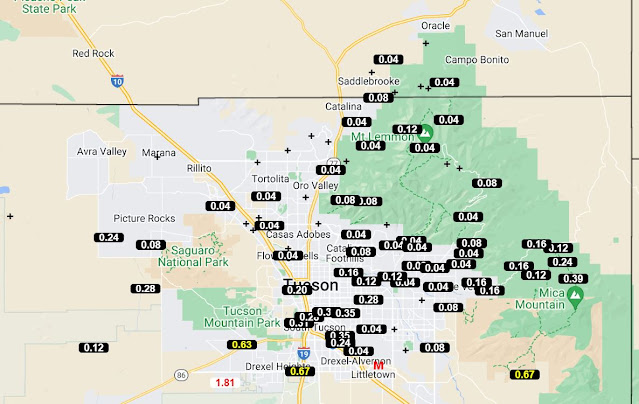 Although areal coverage was down a bit, yesterday did bring another significant rain event. I was a Doubting Thomas, but the model forecasts prevailed. Fifteen reports of half inch and more were concentrated in southern portion of network. There was one severe storm report in Arizona – inch hail occurring near Ryan Field, west of the Tucson Mountains. Shower here during the afternoon produced only 0.05″ in my gauge; DM had 0.06″; TUS reported 0.23″; and Atmo had 0.31″. 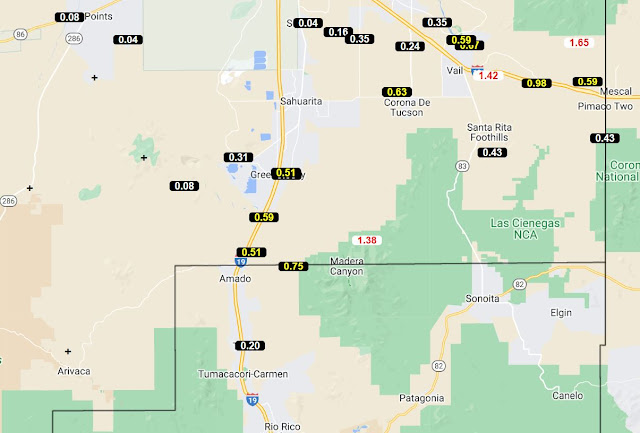 Today the trough over the Southwest is moving across Arizona, heading toward Colorado. The southern portion of trough is also weakening. The trough shows up best this morning in the 250 mb analysis (above). The TWC 12 UTC sounding (below) shows drying above 700 mb, but still has some potential CAPE in lowest levels. 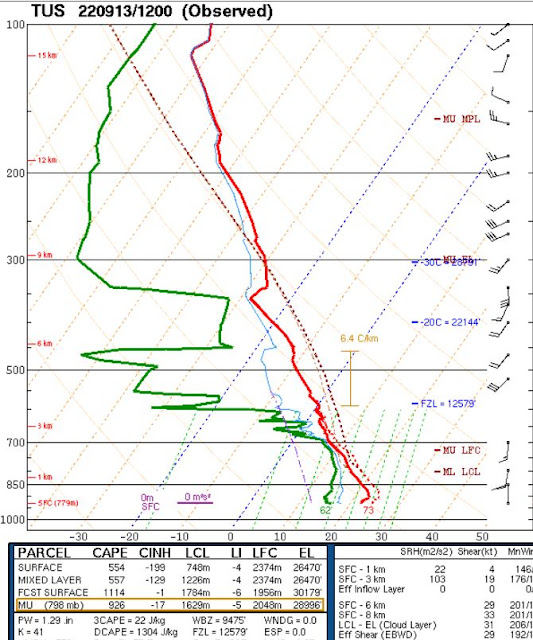 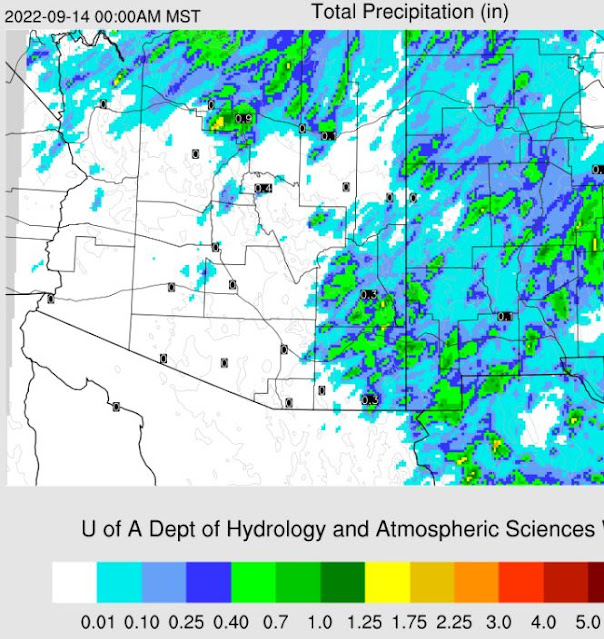 The 12 UTC WRF-RR forecast for rain through midnight (above) leaves Pima County, and much of Arizona, high and dry today.

While I usually don’t comment on longer ranges, I noticed the 00 UTC WRF-GFS forecast for rainfall through the coming week – below. The swath of very heavy rain is apparently associated with the remnants of Hurricane/TS Lester (which has not developed yet) that produces a huge surge of moisture back into Arizona. Will keep an eye to the south, especially next weekend. 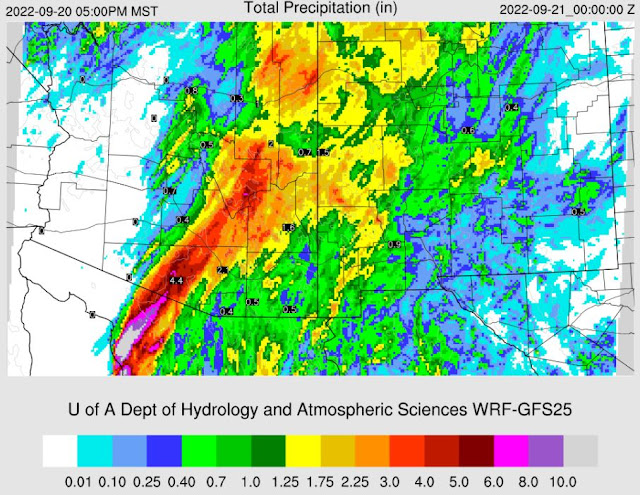