And the latest satellite data suggests a profound lessening of the Bolt Creek fire on US 2 near Index.

Many weather satellites have sensitive radiometers that can sense the heat emitted by wildfires.  The Bolt Creek fire really was apparent in satellite imagery over the weekend, but today there is no obvious heat signature (see below).  No orange/red dot. 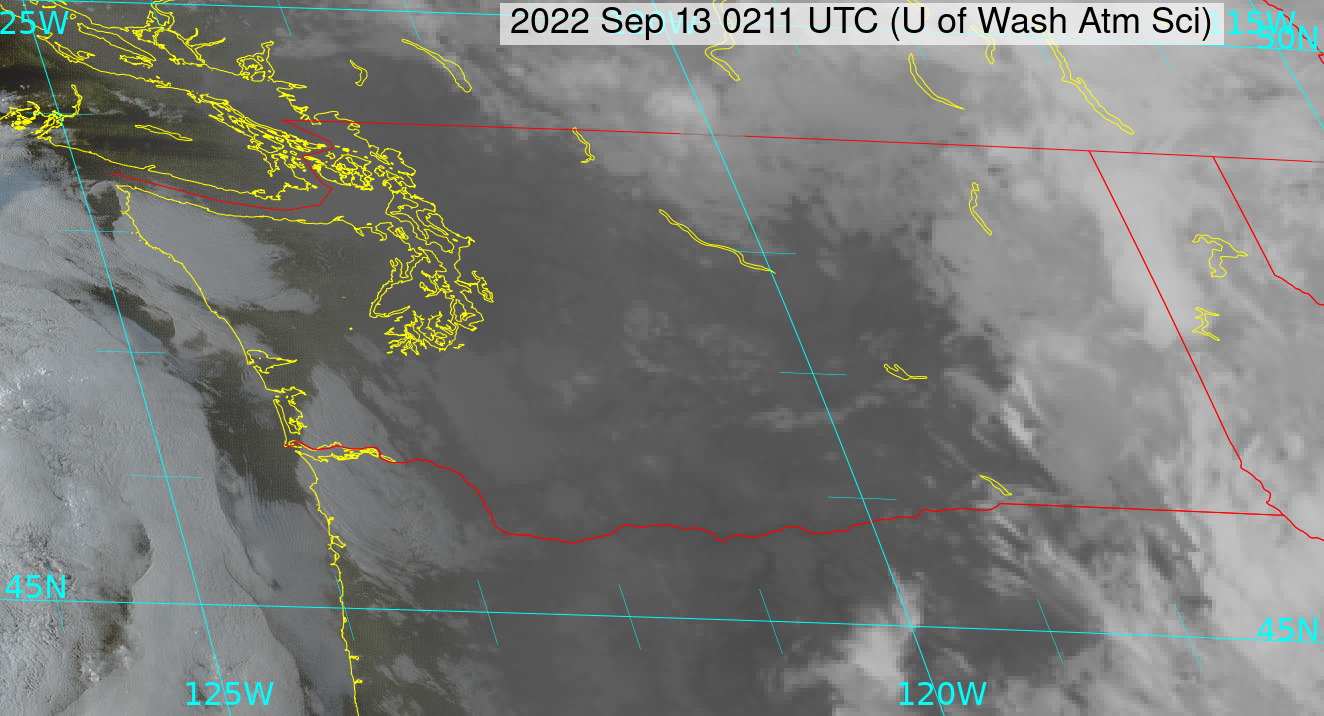 The visible satellite picture had an unimpeded view of the Bolt Fire area before sunset.  There is still some smoke (which means some low-level burning remains), but nothing like a few days ago. 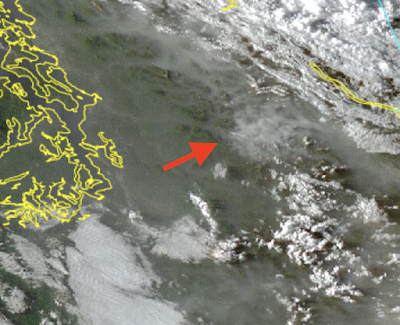 Conditions have become MUCH more favorable for suppressing the fire.  Some rain fell on the fire yesterday.

Importantly, the strong easterly (from the east) winds that stoked the fire initially are gone, replaced by weak winds from the west.  Temperatures have plummeted and relative humidity has gone up substantially.

To illustrate the major changes, consider the observations of a nearby fire-weather site (the Johnson Ridge RAWS site at 2000 ft).  The temperature went from near 90F on Sept 10th to 66F today.

And dead fuel moisture content of grasses and small vegetation went from a very flammable 6% to a relatively non-flammable 20% today.

Temperatures should stay cool and skies will be partly cloudy the next few days in the vicinity of the fire.

Finally, the latest air quality map shows good to decent air quality west of the Cascade crest, but smoky to the east.  Tomorrow should be about the same, but expect improvement over inland areas on Wednesday.   The worst is over folks. 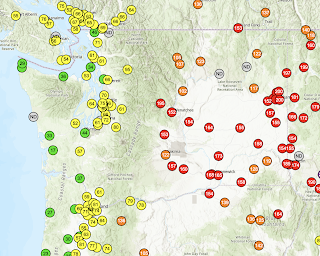