Putting this at the top not the bottom… This is the Bottom Line from the NHC… Fiona moving WEST at 13 MPH packing winds of 50 MPH and it’s forecast to make a turn to the right (N) later in the forecast period. The cone is below and you can compare and contrast it with the one that will come out at 11 AM.

Everyone talking about possible tracks online and offline as some people talk about the tropics around the dinner table or at Starbucks or Chili’s not just online.  For this forecast above everything has to validate and if not there is some subtle change in track and or intensity.

1. Forward Speed impacts track as it needs to catch that front…

2. Intensity because a stronger storm will want to pull North faster vs a weaker storm West.

3. Islands in the stream: Direct hit on Hispaniola or avoiding it somehow.

4. Alignment of Fiona with her mid level center not aligned (due to shear) with it’s center.

What do we learn from recent history? Things can change fast. Below is an example and I am NOT saying Fiona could explode like Dorian, I am just showing how at this same point in time there were many questions on Dorian and Dorian was fighting shear and weak. Just a lesson in Hurricane History. 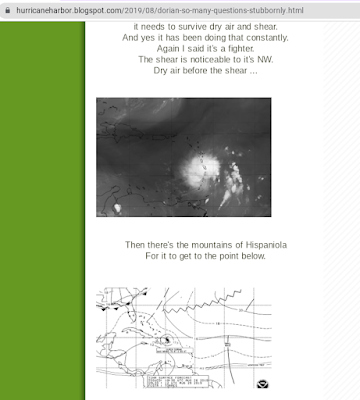 That “ball of convection” was Dorian.

Let’s look at Matthew in the same area. 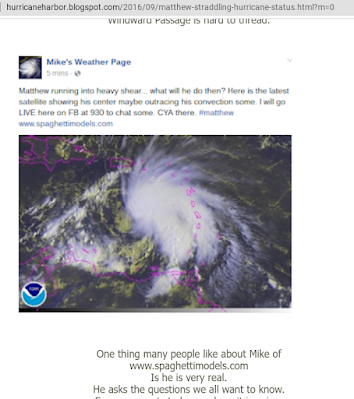 Very obvious in image above!

NHC was all about the SHEAR! 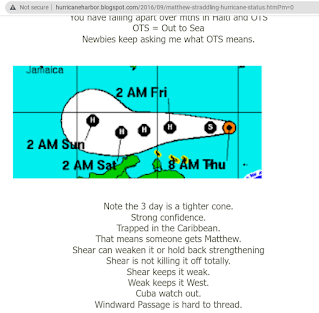 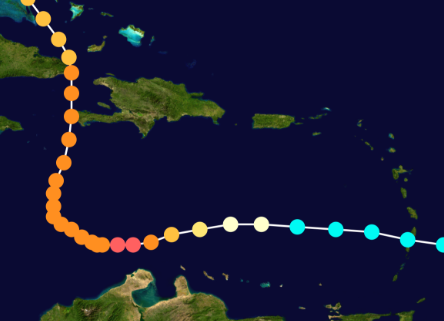 Note how long Matthew stayed down by SA.

Barely moved. Intensified into a MAJOR

Despite shear, despite nearness of land.

Matthew is that exception to the rule.

For now Fiona has been stubborn.

And y’all know how I feel about stubborn storms.

Earl formed into a Hurricane because it was stubborn.

Fiona is a Tropical Storm despite shear and stubborn.

So what will Fiona really do in real time? 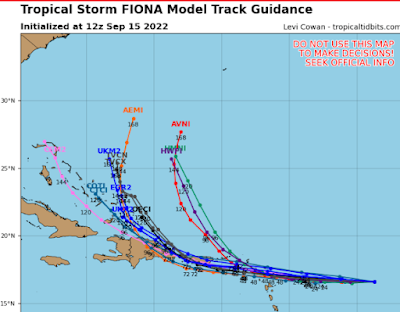 Models call for a turn to the North.

I’ll update today at the top.

Stay tuned and thanks for following.

Ps everyone wants to know about Miami.

Because everyone has a cousin in Miami.

It’ll turn … but where and when?